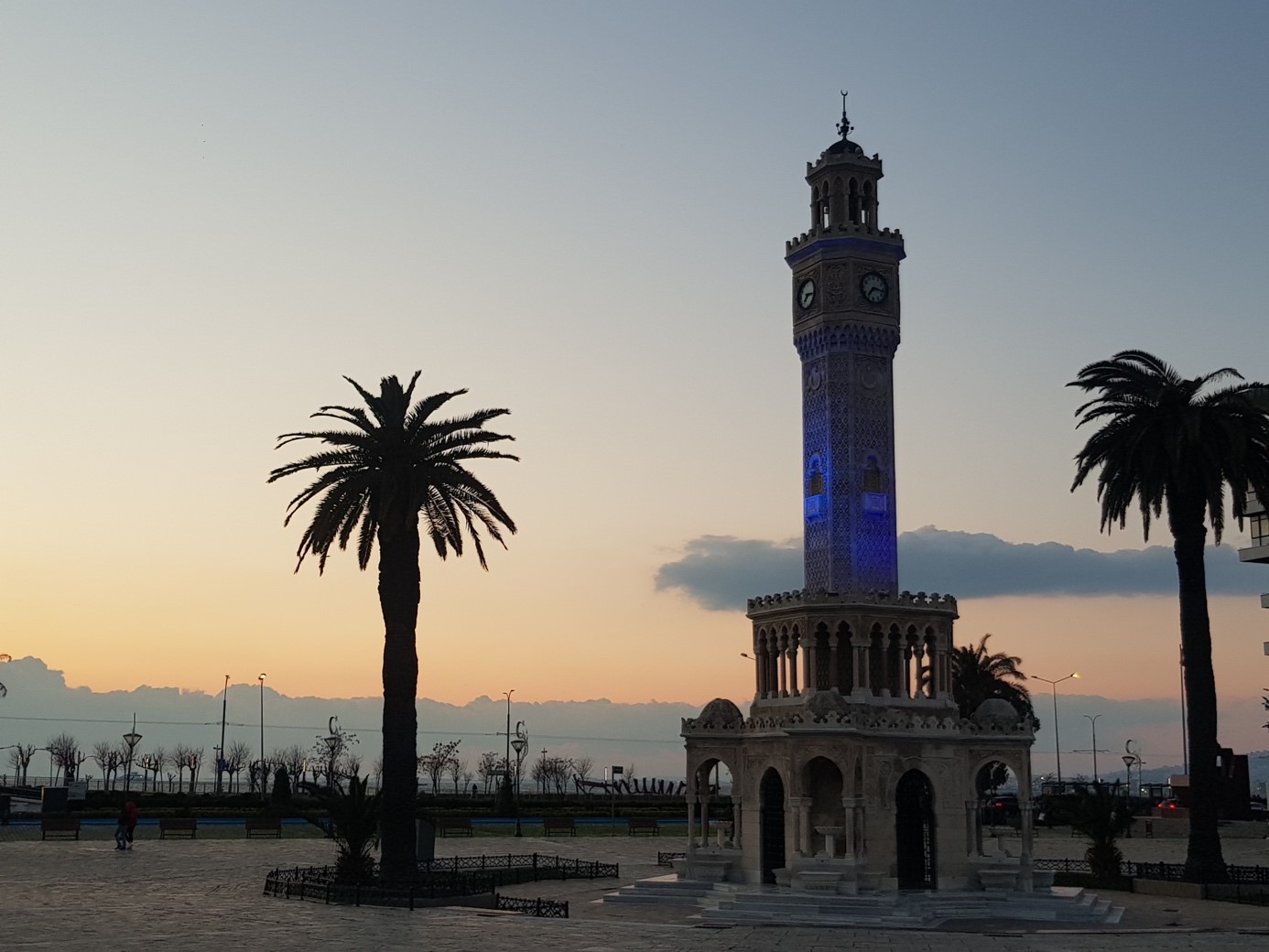 İzmir, the pearl of the Aegean, city of life, art, science, youth and fun. Located in western Turkey on the shores of the Aegean Sea. İzmir is the third largest city in Turkey. With its 8500 year history, favorable climate, 629 km coastline, 300 sunny days a year, a sea that offers every shade of blue and the heritage left behind by 32 civilizations.

According to legend, İzmir gets its name from the Amazon Queen Smyrna. There have been many different cultures and religions, Persians, Ancient Greeks, Assyrians, Romans, Byzantines and Ottomans. Almost half of its population of 4 million is under the age of 30, makes İzmir a city full of life. The city hosts 9 Universities and thousands of university students, scientists, artists, business leaders and academics.

With its perfect climate , İzmir has a wonderful natural environment for agricultural products such as olives, figs, grapes and cotton. Also various sea foods, wines, local herbs, olive oil and its delicious cuisine make İzmir an attractive city for gourmets.

It is a central area easily accessible by İzmir Metro from the congress center. Kemeraltı’s appearance like a partially covered bazaar four hundred years ago was a result of İzmir being a port city throughout its history. The final point of silk Road in the West is the port, castle and the surrounding stores. Konak square with Clock Tower and ancient Agora are in the same area as the bazaar.

This place  has been an oasis in the middle of the İzmir since 1936. It was used as an international fair area for years, now it is mostly a large public park for walking and resting.

A good place for resting at city sea side in a green forest.

The city is surrounded by many beaches that can be reached in less than 2 hours with every shade of blue.

Between the Foça and the Yeni Foça is surrounded by coves, each one more beautiful than the other and full of pines. Siren reefs are the focus of attraction, which are also a habitat fort he Mediterranean monk seals, after which the city is named. Tourists are attracted for historical artifacts and magnificent nature. Reefs can be visited during boat tours.